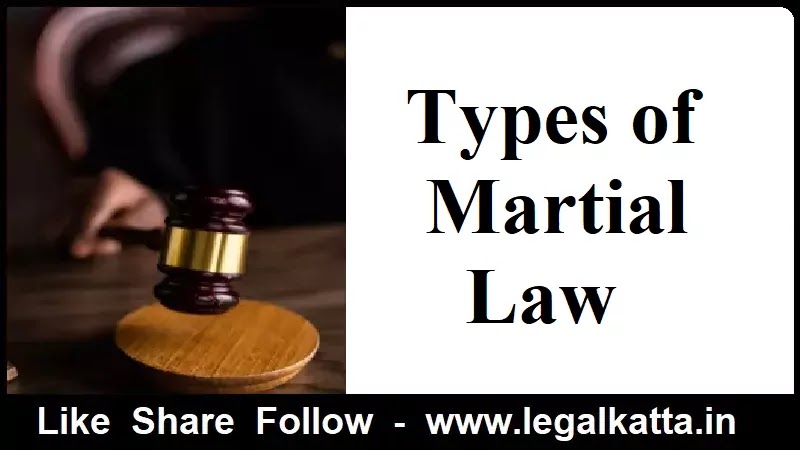 Types of Martial Law is being discussed in this article. Martial Law is a law that is administered in the courts and maintained by the Military Authorities. The types of martial law are given below.

What is Martial Law?

In simple words, martial law is a law that is administered in the Court and maintained by the Military Authorities.

1. The first type of martial law is the law of the discipline and control of the army itself and it is commonly known as Military Law. It affects the army of the enemy alone and not the civil population of a waged war country.

2. The second kind of Martial Law is that at the time of war, the army acquires the land of foreign (enemy) in its military occupation. The country is governed by the military commander through the prerogative of the sovereign. In this situation, the law depends upon the pleasure of Military Commanders.

3. The third kind of Martial Law is that at the time of war, the army acquires the realm itself in derogation of the civil law so far as the same is mandated for public safety or military necessity. The temporary establishment of military justice can be justified on the ground of necessity. The establishment of a Military Government and Military Justice is known as the Proclamation of Martial Law. Courts cannot examine the validity of the action taken by the military commander if he had acted honestly.